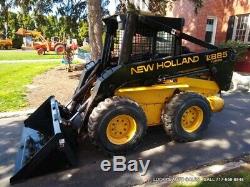 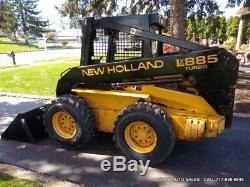 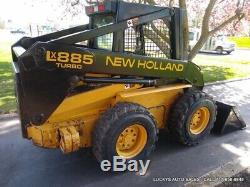 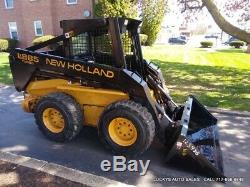 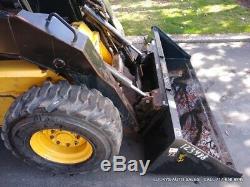 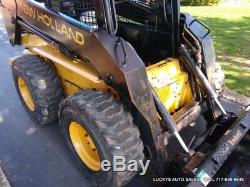 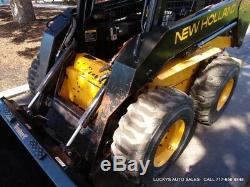 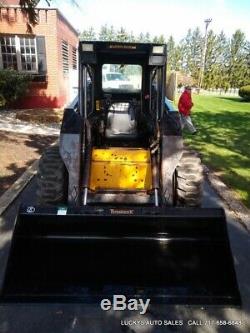 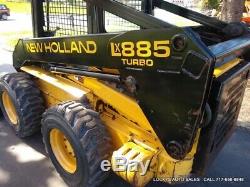 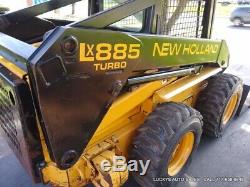 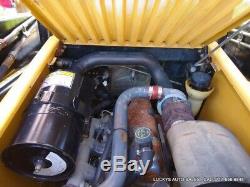 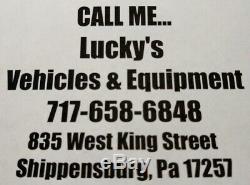 New Holland LX885 Skid Steer Loader FOR SALE Shippensburg Pa 17257. Video will open in a new window. NEW HOLLAND LX885 Skid Steer Loader. Not beat up at all! All of our Items are advertised for Local Sale Here on the Dealerships Lot! The only thing I had to do to make it road ready was to put new tires on it. Thanks again for all your help getting the trailer down here to me. Was searching for a used John Deere tractor for sale. Lucky was the only person who had actually taken a video of his tractor listed for sale, demonstrating that everything worked well. I texted on a Sunday night and he responded quickly, answered my questions, and on Monday morning we finalized the deal. Our new tractor was delivered a few days later and everything worked great. Thanks for your friendly help and the great tractor. Thought I would give you an update on the Bobcat. Luckily the weather had improved and the temps were in the 20's instead of below zero.

The trucker was a great guy we had a lot of time together to get acquainted! His initial drop in this area was in Sidney, MT - about 4 hours NW of here. He was there yesterday morning and could not get the other skid steer he was delivering started after a couple hours trying - they finally had to get a crane to off-load it. Anyway, he arrived at my place (I met him outside of town) at about 2 o'clock in the afternoon so we could unload at my ranch instead of in town.

He immediately got stuck in the snow, but we were able to off-load the Bobcat (it started right up with no problems). Then it was time to "un-stuck" his rig. Only with the assist of the Bobcat pulling were we able to get him out of the snow filled ditch! I thought we were finished when he became stuck in the snow again during the process of turning around.

This time the Bobcat was of no use since he became completely buried up to the axles. We had some time to contemplate our next options which looked grim - so I called my neighbor about two miles away who has a John Deere150hp 4 wheel drive tractor (my tractor is too small would not have been strong enough). It took him about 45 minutes to arrive and the buried rig was immediately yanked out of the snow.

So, the trucker (Blaine - from Texas) was finally back on the road after a 3 1/2 hour stop at my place. We sent him on his way with a gift of a pair of gloves and a fur hat neither of which he had with him in case he needed to be out in the cold again!!

We had a lot of laughs and we invited him to come back for a visit in the summer - he said if he never saw Montana or North Dakota again - it would be just fine with him! We started moving snow immediately after his departure for a few hours until it was time to call it a day.

The Bobcat runs great, just as you said and we are completely satisfied with all aspects of it's operation. Even if it was in the dead of winter! We made it back to Kentucky with only a blow out on a tire.

Thanks for all your help and great kindness. You guys are the most helpful and friendliest people I have ever had the pleasure of doing business with.

The Terramite arrived here late yesterday afternoon, all went well. Years ago people would make deals with a hand shake and a promise and you knew the job would get done, that was called integrity. Unfortunately broken promises have made that type of arrangement skepticalthat things really will go as planned. Thank you for your integrity and building bridges of trust and good will. Will recommend your business to others.

Lucky Phillips knows how to extend that hand shake across borders. I wanted to take the time to contact you and let you know what a pleasure it was to do business with you. It is a pleasure to do business with an honest businessman and I will definitely recommend you to anyone I know in the market for items you sell. John Deere builds too many different variations on these kinds of things. I wondered if you would meet the minor details of our agreement. Your shipper was professional, congenial and delivered on time with quality equipment, not a second class service. If ever in the market again I would have no qualms purchasing from your dealership. Thanks for everything - Dick (Dick Bought a John Deere 990 Tractor). We got the tractor today and love it!!! You guys are the real deal. Nice to know there are still other reliable, good people in this world.

(05-19-2010 Bought a John Deere 5410 Tractor). This unit is exactly as advertised, and more. Was a little worried about purchasing from dealer out of town, but you have restored my faith in humanity, being an honest businessman, giving fair deals on nice equipment. Lucky, Just wanted to let you know I made it home in one piece and thank you very much for you help in loading the bike.

I didn't want to admit it but I had rolled my ankle a few days before and it was killing me, I was worried about getting it up in the trailer. If you ever need a reference feel free to have anyone contact me.

The bike was as advertised, everything met expectations and the deal went exactly as planned with no surprises. Gary, Harley Ultra Motorcycle Sept 5.

We sell all Vehicles and Equipment AS/IS Only. Listed items may at any time be ended due to local sales from our dealers lot. All of the equipment, vehicles and attachments advertised have been checked for Major Leaks Only and Major Mechanical Problems Only and are Field or Road Ready unless stated otherwise. Transporting Motorized Items into Canadian I can Help You!

You need to Review RIV (Register of Imported Vehicles) Vehicles Older than 1998 are Exempt from RIV. Luckys Auto Sale is Located in Shippensburg Pa 17257.

The item "New Holland LX885 Skid Steer Loader 3586Hrs 60HP DIESEL JUST SERVICED New Bucket" is in sale since Monday, April 13, 2020. This item is in the category "Business & Industrial\Heavy Equipment, Parts & Attachments\Heavy Equipment\Skid Steer Loaders". The seller is "luckys_auto_sales" and is located in Shippensburg, Pennsylvania. This item can be shipped to United States.